One stormy night I took my umbrella and went outside.  I went to the graveyard where I took a shovel and I dug a hold where my grandma and grandpa are buried.  I  opened the coffin and there was a mummy.  I opened the wrappings and there was a moldy skeleton.  There was lots of blood in it’s tummy.  There was a knife stuck there.  I ran to my neighbors and rang the doorbell.  No one answered.  So I went inside.  There was a weird thing on the wall.  It was a bat.  The ceiling wasn’t high so I jumped up.  I caught its wing in my hand.  I opened the door.  I threw it out.  I closed the door.  I went upstairs.  I went to teh dad’s room.  Instead of the dad on the bed, there was a big coffin.  I carefully opened it.  Dracula was lying in it.  I was scared.  I ran home.  I told my mom.  My mom said, “Don’t go in their dad’s room.” 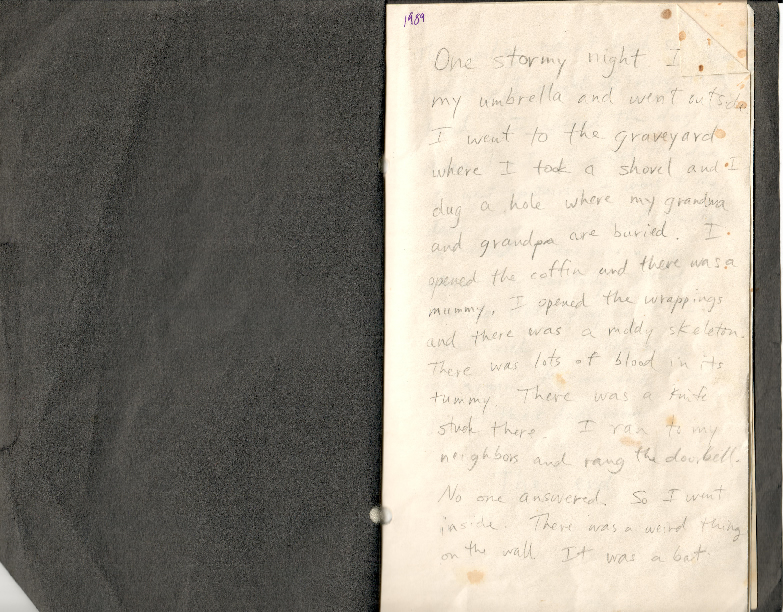 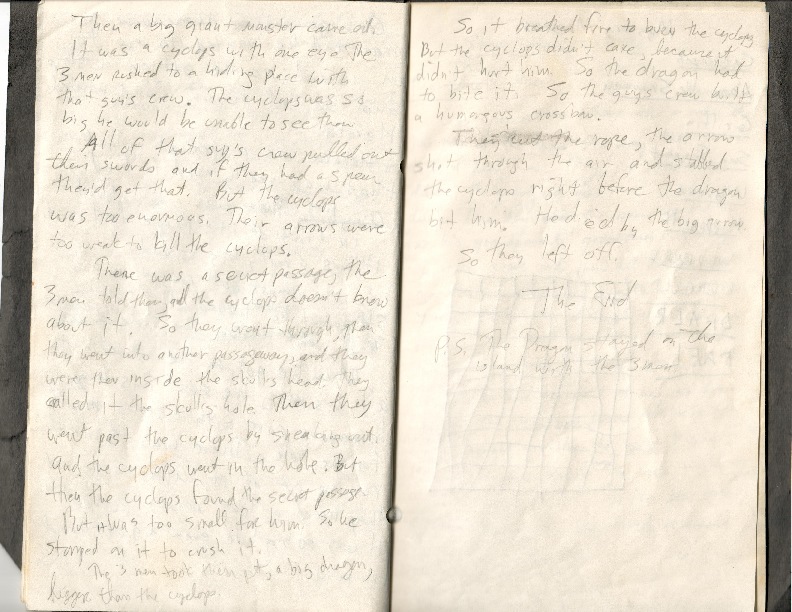